The most basic suture method is to sew the two pieces of leather together with the opposite back and a certain distance from the edge, which is a common suture method. 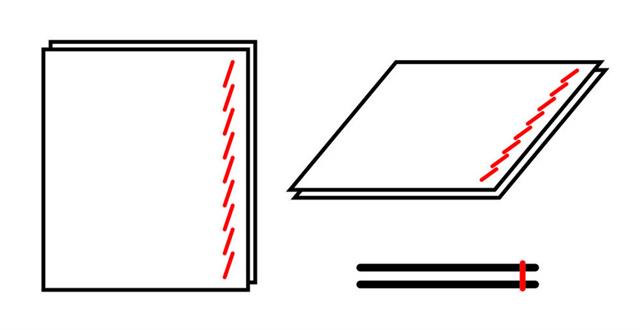 This type of sewing is often used for edge stitching, such as purse edge. On this basis, we can add some dazzling decoration techniques, such as drum. 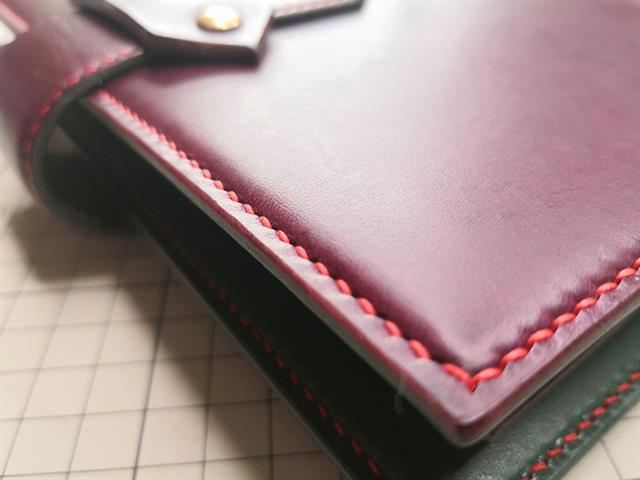 This type of seam is the easiest to replace with a machine, because the machine is the least difficult to operate.

The front of the two pieces of leather is opposite to each other, and they are sewed at a fixed distance from the back along an edge. After sewing, the leather is pressed separately. The surplus sewing head can be fixed with glue or sewing thread. Note that if the leather is thick, the sewing head needs to be thinned. 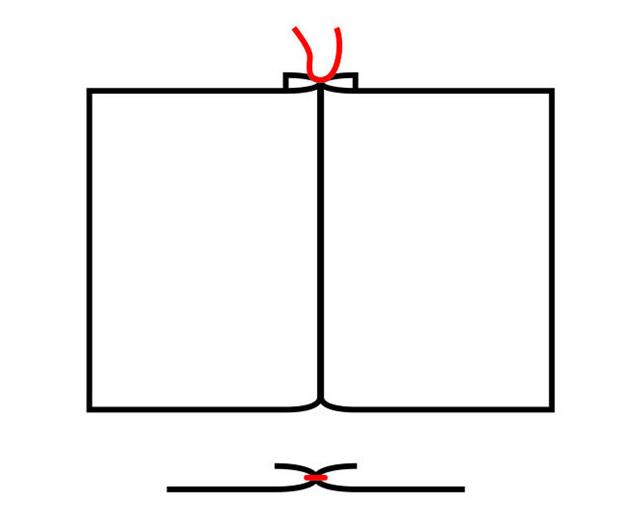 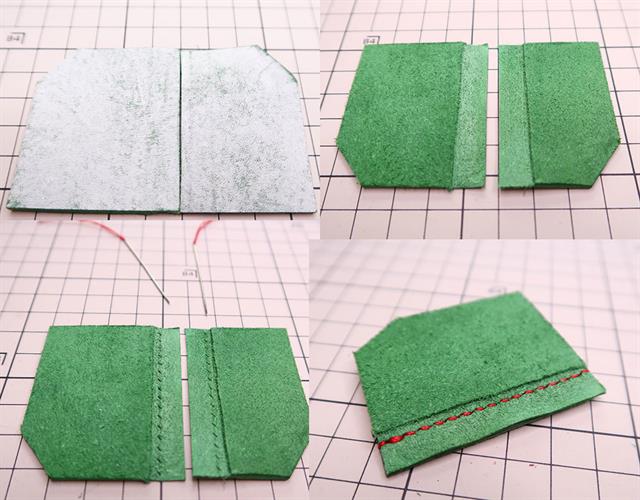 The suture part needs to be thinned 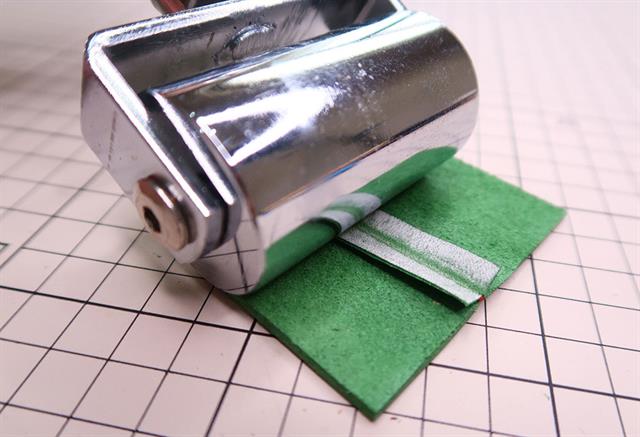 Separate and flatten the seam head 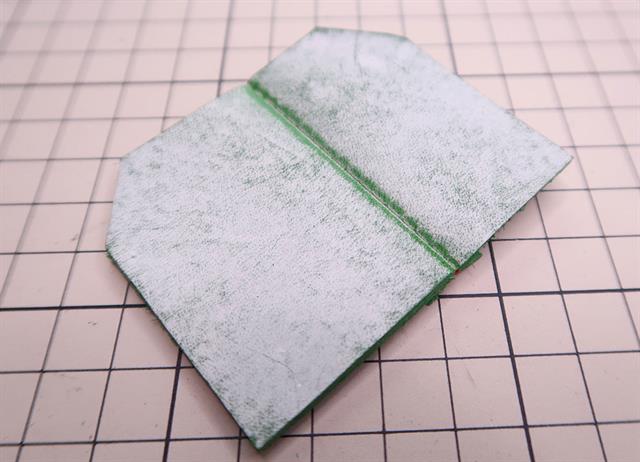 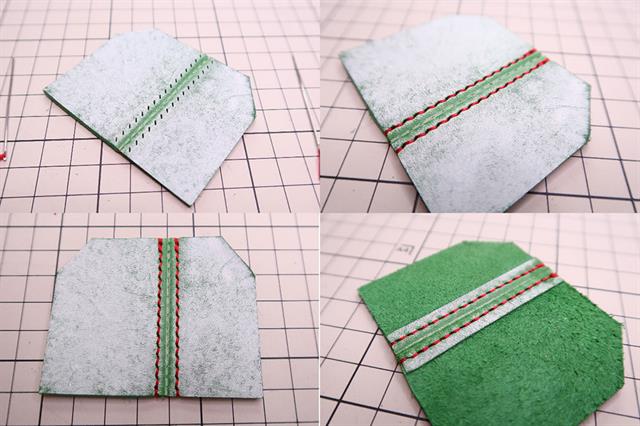 The most commonly used part of split pressure sewing is car seat and sofa sewing, but it is rarely used in cosmetic bags. However, some cosmetic bags can be stitched in this way to increase the sense of decoration. 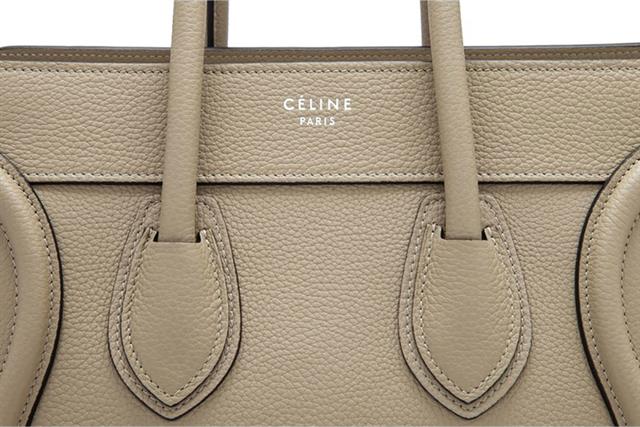 This is the edge of the oil button seam, the same as vegetable tanning edge.

The following is their own hem treatment of the buttonhole, because there is no 801 shovel leather machine, so can only manually thin, if not thin enough, hem is not easy to handle. 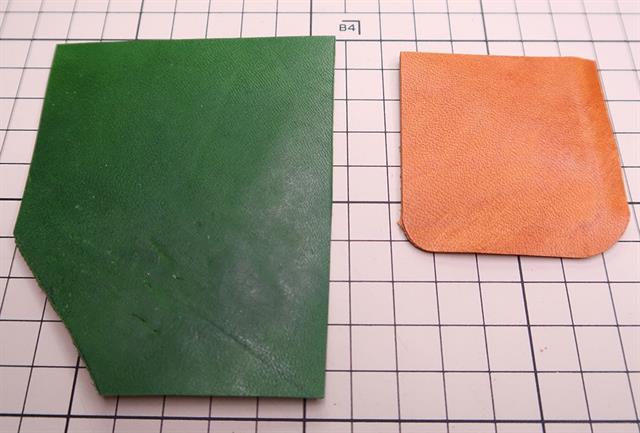 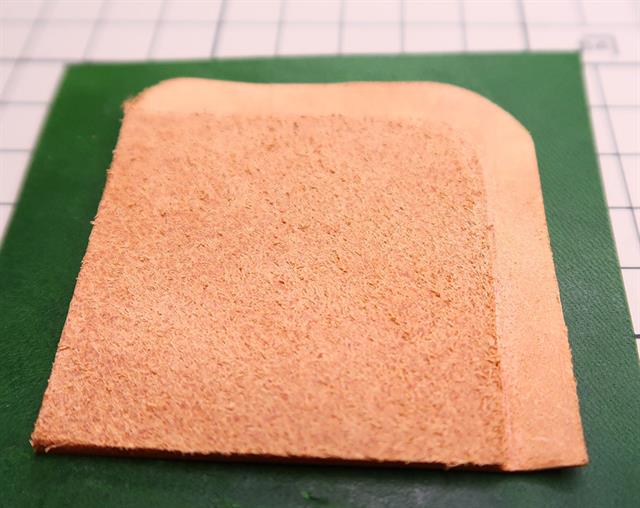 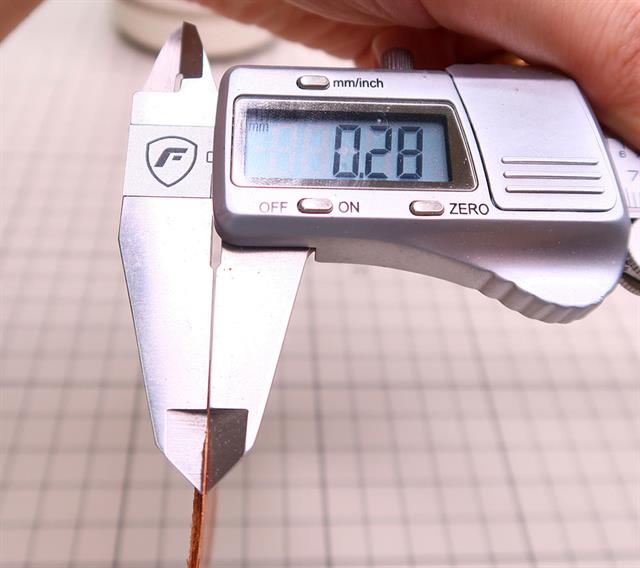 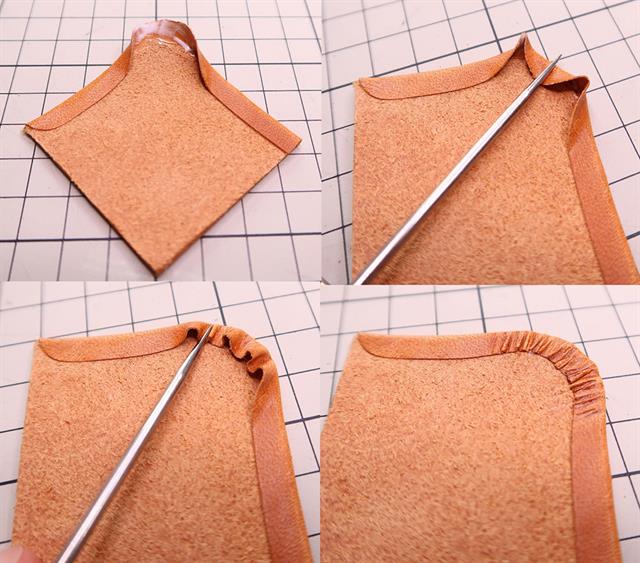 The angle of hem angle should not be too small, so the fold will be more average. 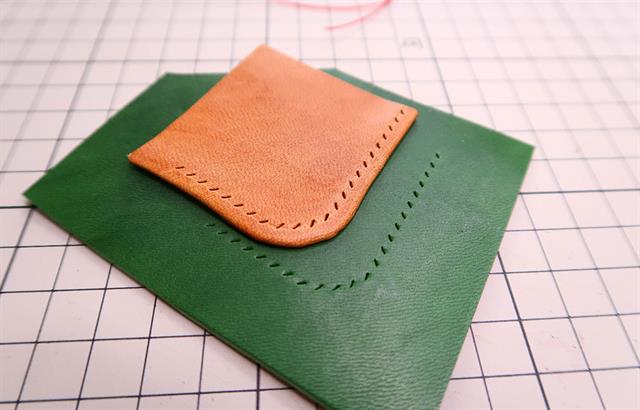 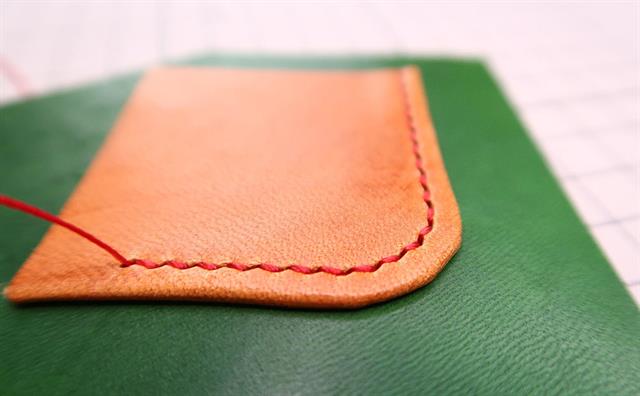 The application range of buttoning seam is wide, such as handle, lug, decoration, even inlay can use this seam type to make.

The seam heads of the two pieces of leather are overlapped to ensure the consistency of the front and the back, and the seam is sewed according to the marked line.

The application of lap stitch is also relatively wide, and the most representative one should be the stitch of tote bag and bucket bag. This kind of stitching method needs to process, seal, oil or fold the skin edge first, because the edge can not be processed after stitching. 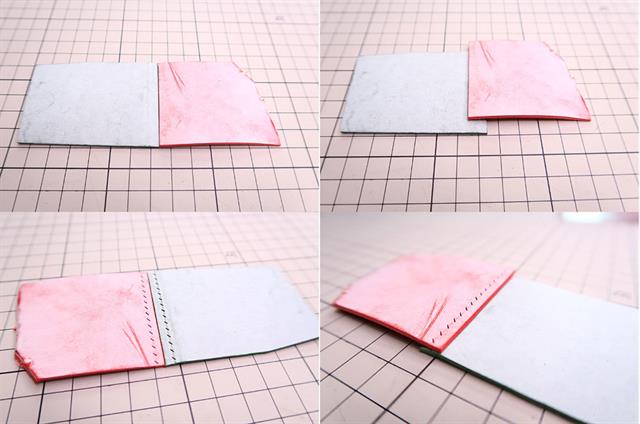 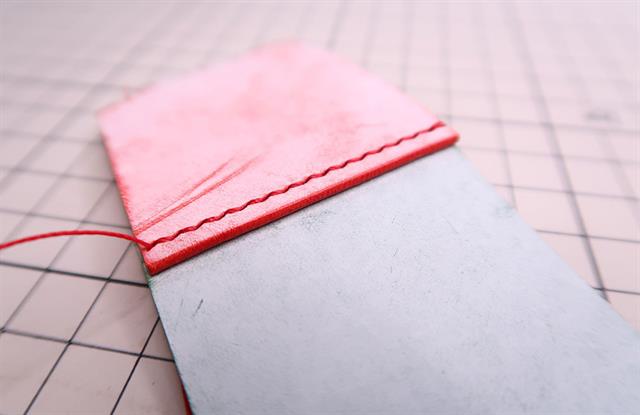 This kind of seam has some changes. It is also used in making some circular side pieces, as shown in the figure. It needs to be grooved in the folding part to facilitate bending. Such as piggy bag, round bag, bucket bag bottom suture, etc. 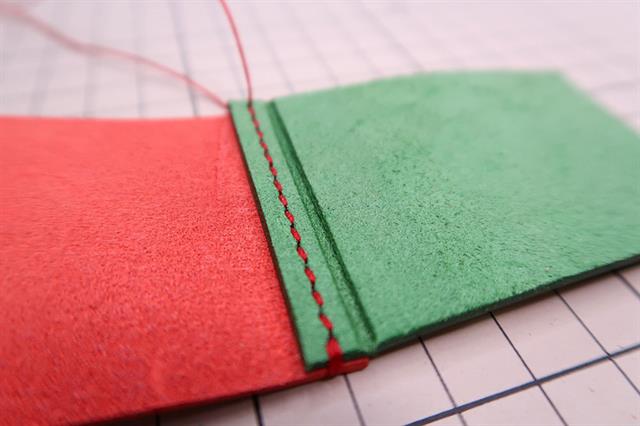 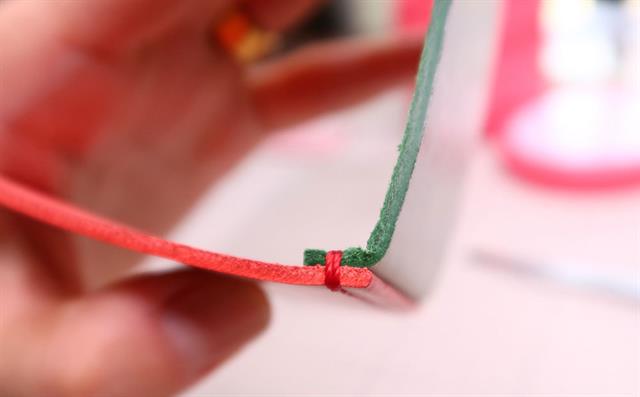 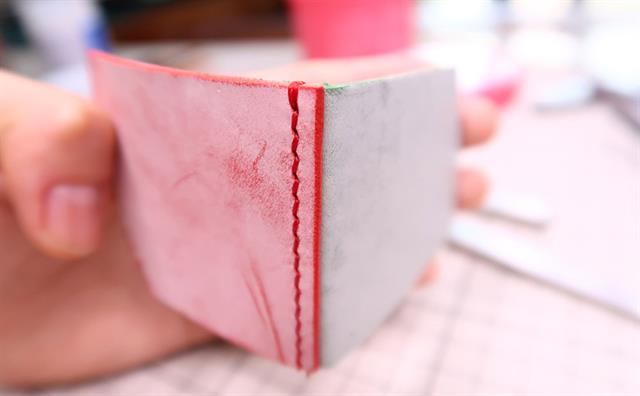 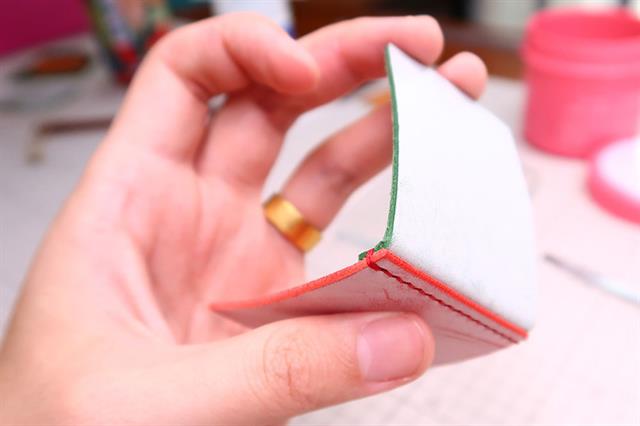 The stitching method of putting two pieces of leather together horizontally is generally suitable for the leather with large thickness and high hardness. This kind of stitching method is mostly used for the splicing of barrel structure, such as bucket bag, wine bottle cover, steering wheel cover, etc. 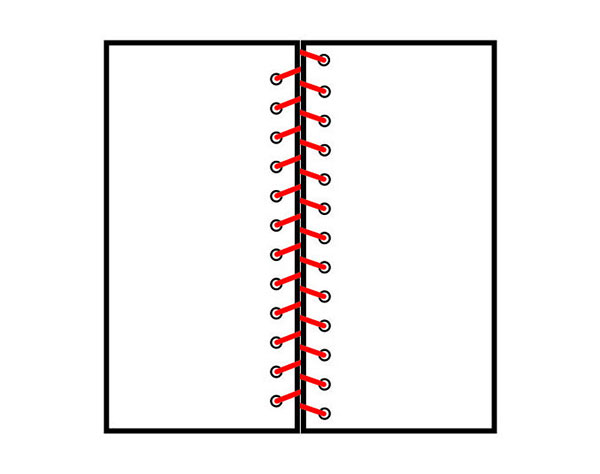 If the left and right holes are misaligned, different traces will appear.

Generally, round punch is used to drill the seam of this type of seam, and cutting is rarely used. According to different suture methods, there are different stitches. If the left and right holes are misaligned, different traces will appear. 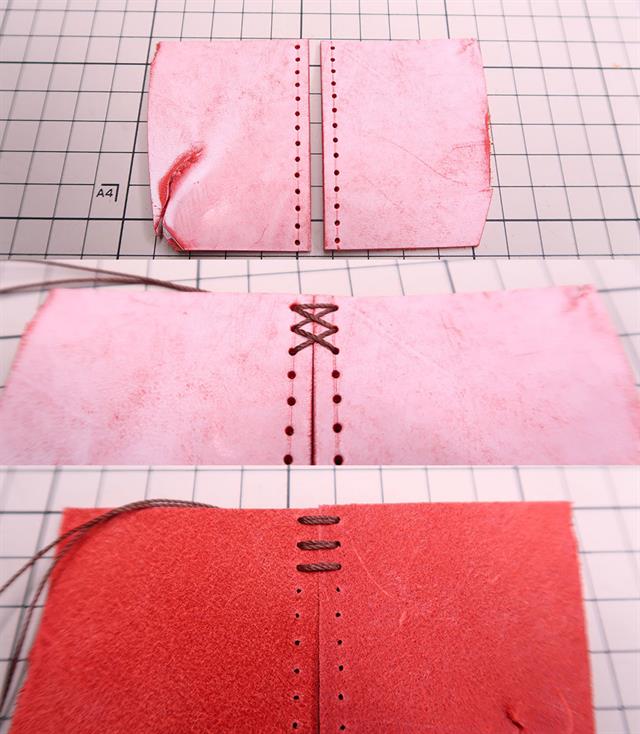 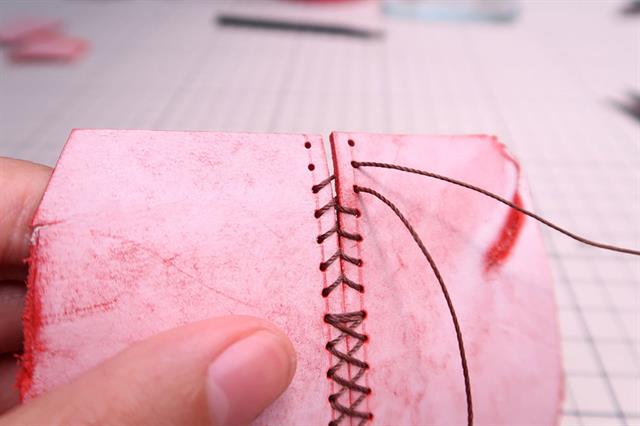 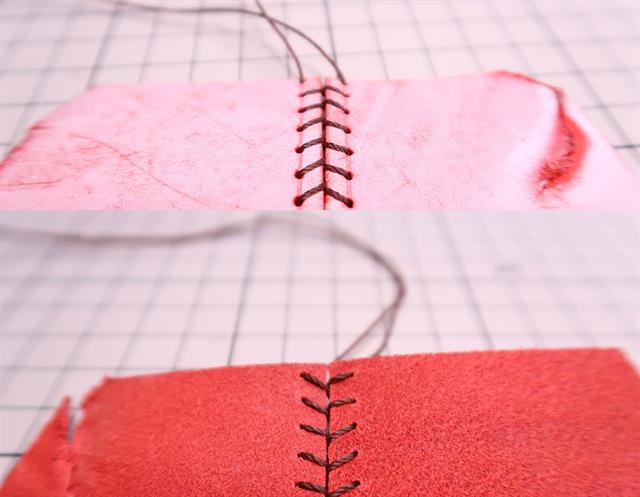 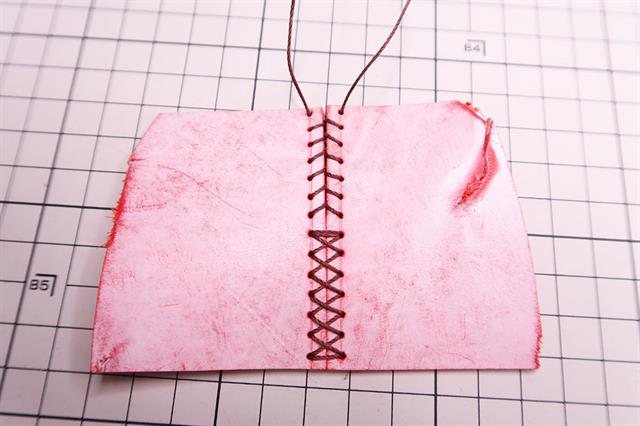 Another deformation of this sewing pattern is the conventional sewing method of steering wheel leather cover. As shown in the figure below, first sew two auxiliary lines, and then sew them with a curved needle. 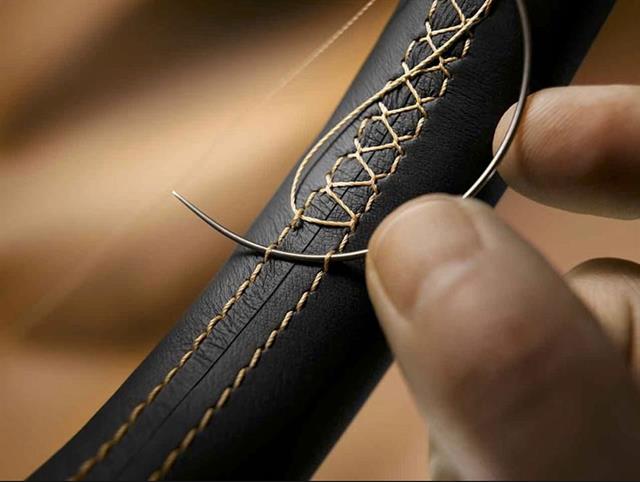 Click here to know more about the Basic Stitching Process.