Latest Fashion Trends | What is a makeup train case?

The makeup train case was a type of trunk commonly used for makeup while traveling by train. It is usually square or rectangular in shape, with partitions and compartments inside to organize your toiletries and cosmetics. Let's find out more about these cases. 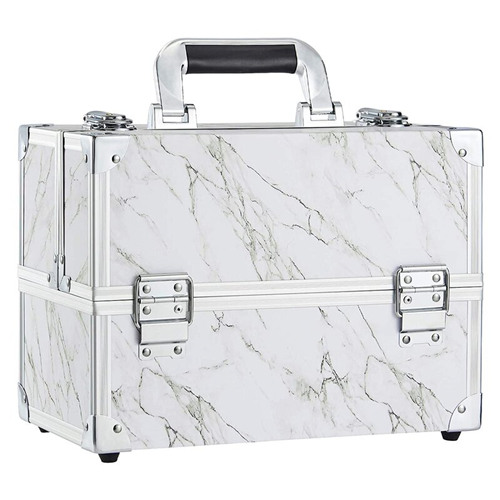 These cute little trunks are called train cases as they were used basically for toilet articles and necessities when traveling by train during the early to middle 1900s. The original design in mind was for carrying toiletries in a small box-like compartment easily transportable while traveling by train.

The train case cosmetic bag was originally conceptualized with a mirror on the inside of the lid, and at the bottom of the luggage compartment was a large space for bigger items. An insert with smaller compartments was placed on top for smaller items that you would want to have quick access to. When the lid was closed, it would enclose everything in a neat square little trunk with a carry handle on top.

A Brief History of the Train Case

The need to have something to carry items in became even more necessary when people started to explore outlying and far reaching-countries. Wooden boxes were used by the early settlers to carry and protect their things.

These days different materials are used to make modern cosmetic train cases, from lightweight aluminum to plastic and leather cases. They are designed in classical styles to adventurous styles and shapes to practical designs. The rolling makeup case of modern times comes in many forms. You will find them in attractive, stylish designs or practical, robust shapes. The beauty makeup train case of today can be found in a makeup parlor or bathrooms and on vanity cupboards. You will find it on movie sets with professional makeup artists.

Makeup enthusiasts and professionals alike will carry around a large train case in different shapes and colors, and some of them will even be pulled around on wheels. The simple and plain makeup train case evolved into a modern, sophisticated makeup train of today. A rolling makeup train case is ideal when you want to take a carry-on bag on a plane with you. They are specially designed cosmetic train cases for modern-age jet setters.

Today's train case makeup bag do not just have compartments and an assortment of partitions in the luggage part. Now even the lid is designed with small partitions all around the mirror for easily accessible items. These modern rolling makeup train case are very practical and indeed a good investment for accessible storage and organization for toiletries and cosmetics. 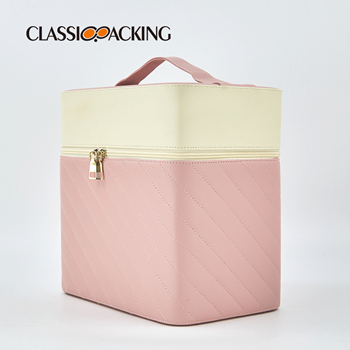 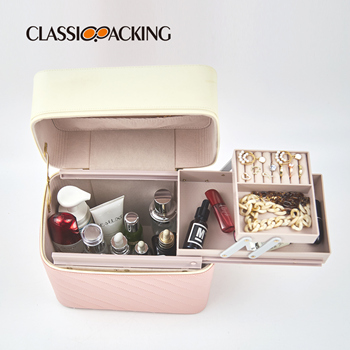 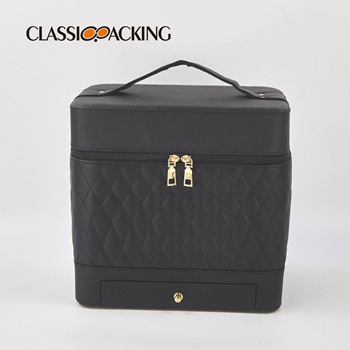 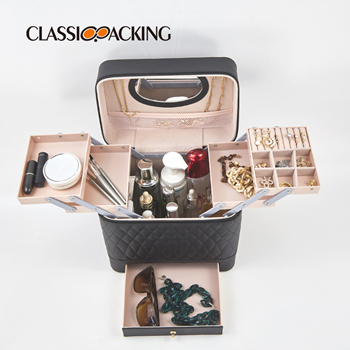 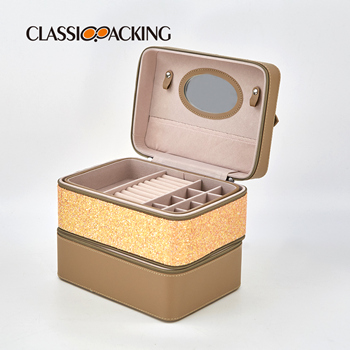 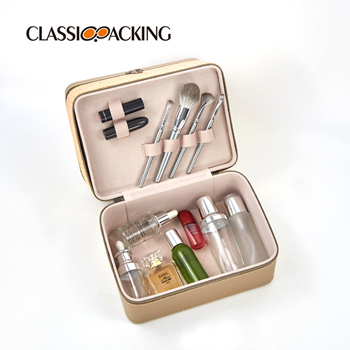 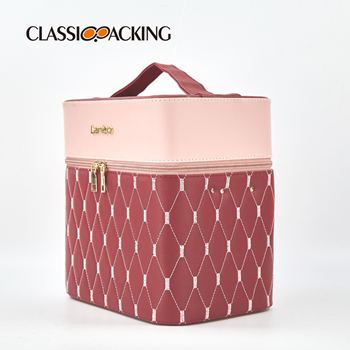 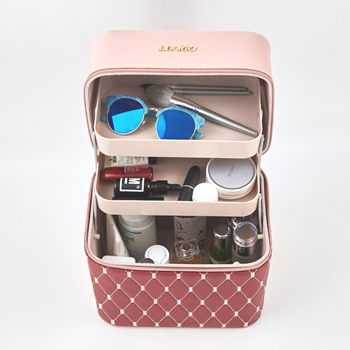 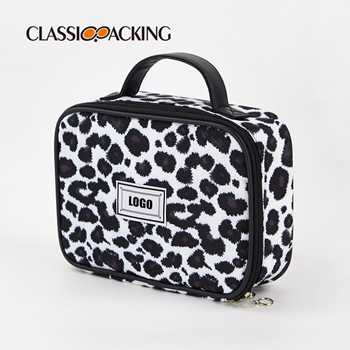 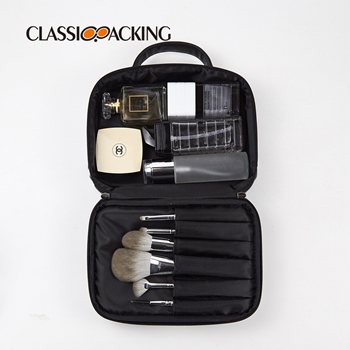 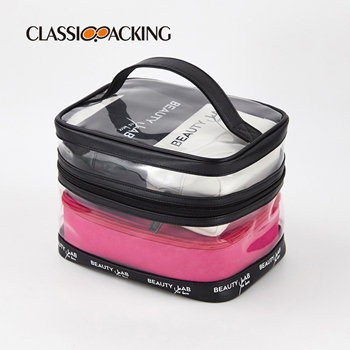 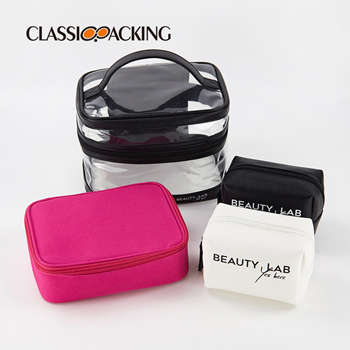 Previous Top Next
The following Products may interest you! 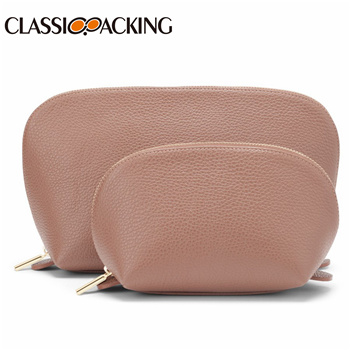 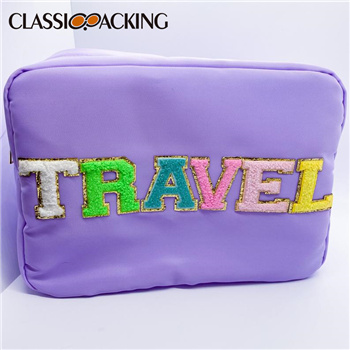 These bags are very practical and used for anything. High quality monogrammed bags not easy to tear. We'll match lowest prices. We have many years of experience in the design and production of cosmetic bags with guaranteed quality. Inquiry Now! 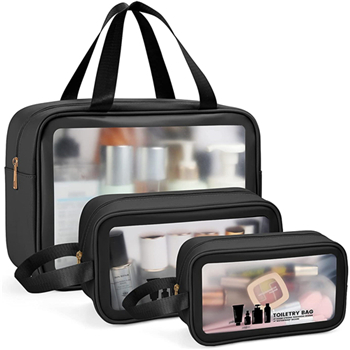 These clear toiletry bag bulk are made of PU material,durable, and waterproof. Design with translucent material and a large opening zipper, allows to see what is stored and where it is and making it convenient to pack and save time to find things 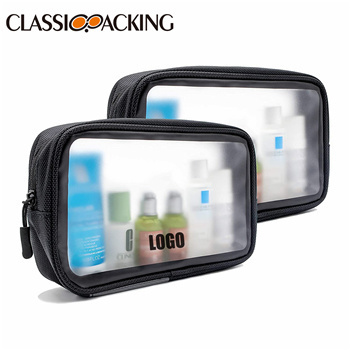 What Make The Best Custom Bag Manufacturer, and How to Custom Private Label Bag

As opposed to merely manufacturing something that is standard and can be purchased off the market, a custom bags manufacturer will produce a bag that is made precisely according to your ideas or drawings. It is only possible with a bespoke bag design and technical drawing.

The Best Bag Manufacturers in China & How to Find Them

Many bag manufacturing factories in China are popular due to their distinctive features, less cost, expertise, and OEM & ODM products. Where is the best place to find a bag supplier in China?

Wholesale cosmetic bags used for promotion are distinguishable and create a unique brand image for many.It is an affordable marketing strategy with promising results.

Many workers are heading into the office, or they will be soon enough, so that means the morning com...